0
was successfully added to your cart. 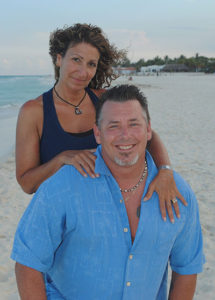 The 2007 economic crash interrupted Las Vegas in every way possible. The second largest economic influence, the construction industry, came to a halt. JoJo and Vinnie Bennington felt the halt as devastation hit their bank account. Vinnie, a retired Marine, was working as an electrician in Las Vegas. His last big project ended and he was out of work. His wife, JoJo, was three years into her Network Marketing business. Although Vinnie knew about his wife’s pursuit, he had no idea she was keeping them afloat with her earnings. Prior to Network Marketing, JoJo was a blackjack dealer. She left that profession, hoping to find freedom through owning her own business. She built three tanning salons from the ground up, but found the opposite of freedom. JoJo’s introduction to Network Marketing came through product use and grew into an accidental paycheck. As she toyed with the ideal of Network Marketing full-time, Vinnie voiced his opposition. JoJo’s journey of perseverance meets Vinnie’s skepticism to create a story of success in relationship and in business. Listen in to the conversation with David T.S. Wood to be inspired and motivated whether you are the skeptic or the one unable to find support.

The traditional mindset as a deterrent.

Vinnie’s mindset of what it meant to be a man was built as a boy and reinforced as a Marine. When he ran out of work because of the economic crash, he held onto the belief of one day returning to work and continuing to provide for his family. Vinnie held onto this hope while collecting unemployment, but then the unemployment ran out. Vinnie was depressed, feeling lost and like a failure. He gained weight and spent his days sitting on the couch with no identity. Vinnie was under the impression the family was staying afloat from their savings, when in reality JoJo’s Network Marketing business was steadily growing. She paid off their car and debt while Vinnie was sitting on the couch, hoping his traditional job and role would resurface. You are going to want to hear how one wife persevered and one husband changed his mind, on this episode of Amplified Network Marketing.

Living in resistance and non-support.

For JoJo, the economy crash wiped out the income that was keeping them comfortable. She had seen what was possible in Network Marketing and just started really working on her business. When she initially told Vinnie she was going to sell her three tanning salons and pursue Network Marketing, he thought she was crazy. He thought the entire industry was sketchy and full of used-car salesmen. Some days it was an argument, some days a push. JoJo knew she was on the right path, even though there was no support from her husband. When construction tanked and Vinnie was out of work and lost as a man, JoJo dared him to redefine himself. She would ask Vinnie to join her about every three months, but he did not believe in Network Marketing, trust it, or want anything to do with it. JoJo kept increasing her connections, upping her marketing strategies, and securing residual income. It was difficult for her to see Vinnie in such a dark place. She revealed that she had doubled her income, freed them up, replaced his income, and paid off debt. Get an inside view of a real couple’s marriage and their struggle to come together in the midst of hardship.

A revelation and exit from exile.

Vinnie’s resistance was real and fierce. His stigma of Network Marketers blocked his ability to see it as a real profession or respect it in any way. When JoJo took Vinnie with her to Belize for a work trip, he was surrounded by Network Marketers. Even host, David T.S. Wood, was met with Vinnie’s resistance. Vinnie slowly started to see that they were not used car salesmen. He found out they all had traditional jobs at one point and were not much different than he was. Vinnie’s savagery from the Marine Corp came out as he felt trapped on the island with all Network Marketers, but there was a shift in him as they returned home. Vinnie realized that JoJo had grown without him. Vinnie had a lightbulb moment and woke up to the idea of residual income. He began working with JoJo to grow their business and rebuild their marriage. Today, Vinnie relates the camaraderie he’s found in the Network Marketing industry to the brotherhood he experienced in the Marines. You’re not going to want to miss Vinnie’s revelation, on this episode of Amplified Network Marketing.

The journey of non-support may be familiar to many. Vinnie and JoJo offer advice and insight from their journey. They wish they would have learned sooner to love your partner where they are and find the things that attracted you in the beginning. Network Marketing is one of the only professions where we become involved and then expect everyone else to become part of it. JoJo reminds us that Vinnie never asked her to become an electrician, but his resistance and inability to support divided them. Vinnie secretly wanted JoJo to fail, just to prove a point and be right. He now offers the plea to at least give it a chance, and support your partner or spouse. Are you the skeptic, viewing Network Marketing as a pyramid scheme or a scam? If your spouse is in industry, listen in to the benefits of at least supporting them, keeping an open mind, and giving it a chance. There is no script to it, but as JoJo says, “You don’t know what you don’t know.”

Learn tools to work together with your spouse and accept them for where they’re at.